My marvellous crêpe, the delicious citrus rooibos tea and R’s bowl of cidre.

Little Breizh was recommended in the Lonely Planet as somewhere good to go for lunch and so off we went. I wasn’t expecting to drink tea here, but when I saw that rooibos tea was listed on the menu I happily ordered it.

R had a bowl of cidre (cider) and I had a citrus rooibos tea. There was a French name for it, which I noted down, but now I can’t read my handwriting and so can’t tell you what it was. Apologies.

The crêpes were delicious and very filling. My tea was a good accompaniment to the richness of my crêpe and R was so taken with the cidre that he ordered another bowl. 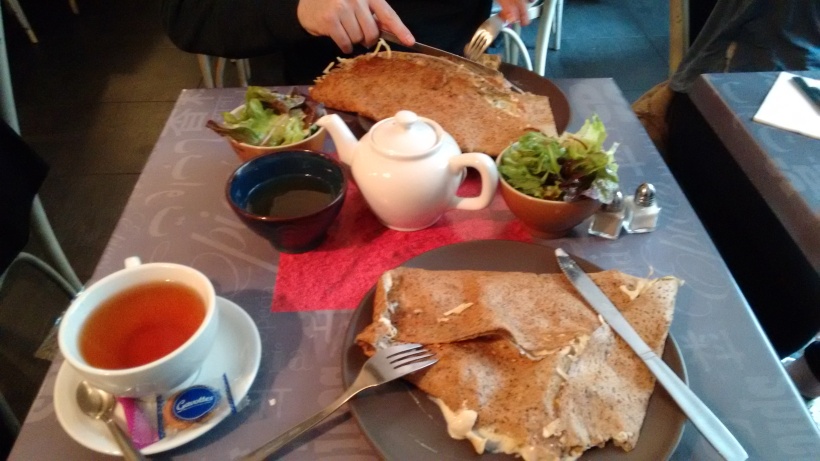 Both crêpes and side salads and drinks. Note that R is ignoring normal blog photo protocol and continuing to eat – that’s how tasty the crêpes were.